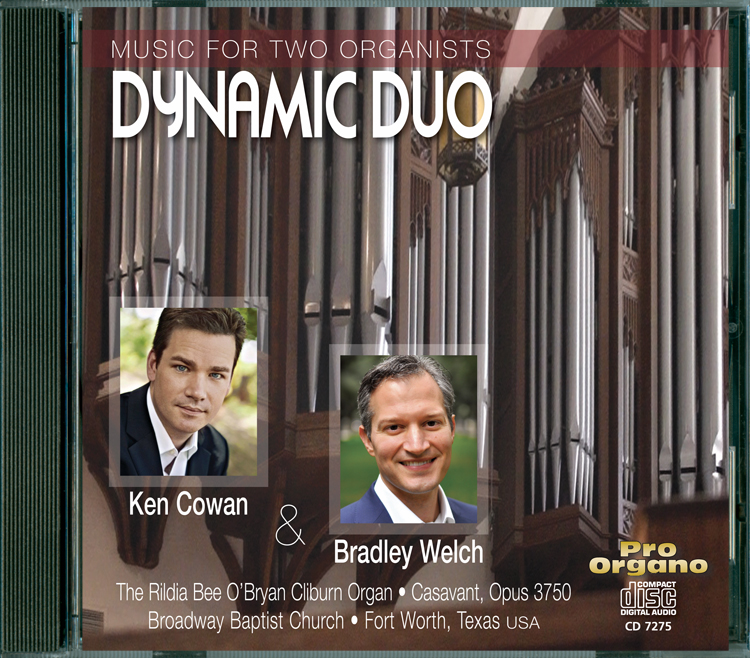 Ken Cowan and Bradley Welch have combined their talents as concert organists, and they bring us a program of music for two organists, released by Pro Organo under the title “DYNAMIC DUO.”  They recorded their album in early March, 2016, on the 191-rank, 5-manual Casavant organ, also known as the Rildia Bee O’Bryan Cliburn Organ, at Broadway Baptist Church in Fort Worth, Texas, with Pro Organo’s Frederick Hohman as music and audio producer.  Orders for the CD product are being received as of October 13, and the product is expected to ship on or before October 31.