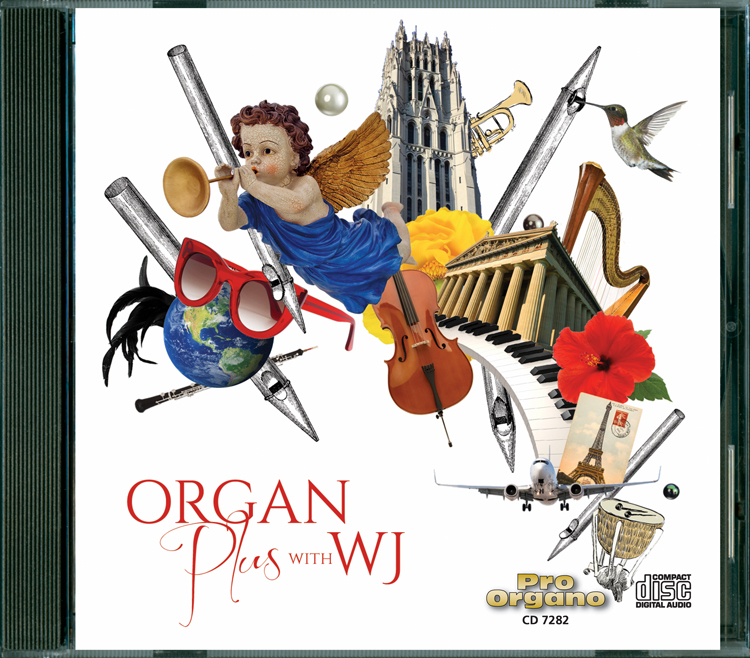 Wilma Jensen celebrates a vivid career spanning many decades as a church musician and concert organist with a new Compact Disc and MP3 Download Album release on Pro Organo in February 2017.  Her new release, entitled ORGAN PLUS WITH W J, includes recordings which are being heard for the first time.  Most notably, Dr. Jensen appears as organ soloist in the opening track (16 minutes) of the Howard Hanson Concerto for Organ, Strings and Harp, Opus 22 No 3. The live performance recording of the Hanson Concerto dates from 1989.  Also featured in “ORGAN PLUS WITH W J” are 3 tracks from her 2004 appearance at The Riverside Church in New York City, where she appears with percussionist K. Dean Walker in the Boléro by Pierre Cochereau, as well as in the Berceuse to the Memory of Louis Vierne, also by Cochereau.  Filling out the remaining time on the 73-minute disc are re-mastered tracks from Wilma Jensen’s late 1990s recordings, featuring her talented vocal soloists, choir and instrumentalists from St. George’s Episcopal Church in Nashville.  The release date for ORGAN PLUS WITH W J is set for February 1 for both the CD and MP3 Download formats.  Search item 7282 or find it in the NEW and RECENT RELEASES.