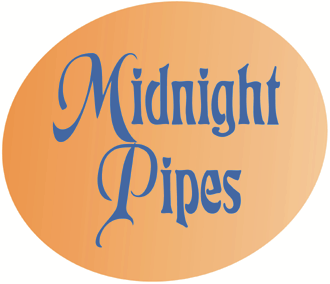 The Midnight Pipes television series was a tangential production of the Pro Organo label, spanning the years 1996-2003.  The series ran for 24 half-hour episodes.  It was hosted by organist Frederick Hohman, and aired over approximately 20 affiliates with American public television, with broadcast markets in Los Angeles, the upper midwest and New England.  Several Midnight Pipes episodes were produced concurrently with Compact Disc album productions featuring the same artists and venues, and those t.v. episodes served to cross-promote the sale and marketing of the related Pro Organo label audio recordings. Complete episodes of the series are being posted during 2019 at the video-sharing platform Vimeo.com on the ProOrgano channel:  vimeo.com/ProOrgano.  As episodes are upconverted to high-definition, the posted programs are uploaded to Vimeo and are being embedded in this page, with episodes arranged in the original broadcast order, for easy reference and viewing.  During 2019, in addition to taking on-line the 24 episodes that were once broadcast, fragments of several uncompleted video episodes shall be uploaded, which never made it to broadcast, and hence, these segments are being made available for viewing for the first time.